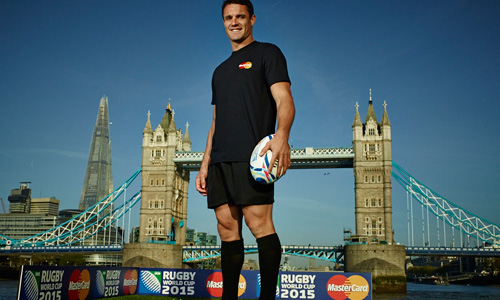 Dan Carter can’t wait to get back into action after his sabbatical from rugby after winning his 100th New Zealand cap against England last November.

The Crusaders and All Blacks outside-half, 32, will return to action as the star attraction for hometown club Southbridge in the Luisetti Seeds Division One play-off match on Saturday against Glenmark.

He last turned out for the club five years ago against Hornby at the Denton Oval in Christchurch as he returned from an Achilles injury, a match that several thousand to see one of New Zealand’s biggest names, and Carter insists he can’t wait to return.

“Probably for the last six weeks I have been itching to get back,” he said. “The more intense the training gets, the more you just want to get out there and play.

“It has picked up over the last six weeks and I am now at a stage where I am ready to play. There is a lot of motivation there.”

After a globe-trotting holiday, which saw him rock up to The Masters at Augusta and find time to stop by New York, London, Hong Kong, Macau and Kuala Lumpur with the odd ambassadorial duty thrown in, Carter has been back in training but international rugby’s record points scorer doesn’t expect to play a full match for Southbridge as he gets a first run out after ankle surgery.

“I have been out for over six months and will just ease my way back into it on what will more than likely be a heavy, wet track,” he added.

“I am probably only looking at 40 minutes or so, but it will just be good to get some game time.

“I have been training with the Crusaders this week, the intensity has been pretty high there and, also up in Auckland with friends, I have used the Auckland academy to do a bit of physical work.

“The ankle feels fine. I have been training now for the last couple of months at a pretty high intensity and am just keen to get back playing.”