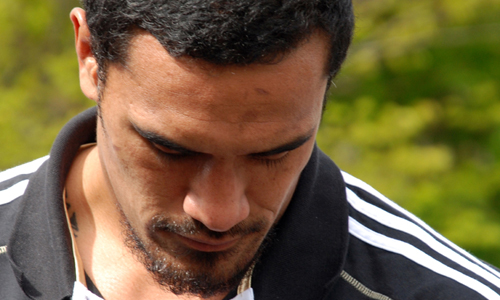 Steve Hanson has recalled Blues number 8 Jerome Kaino to face England after Kieran Read was ruled out of the first Test in Auckland.

The All Blacks head coach has named an experienced side—boasting 968 caps in the match-day 23—to face a depleted England side with uncapped trio TJ Perenara, Patrick Tuipulotu and Malakai Fekitoa on the bench.

We have a healthy respect for England and what they will bring to the contest. Our preparation, though limited by time, has been very good

“I would firstly like to congratulate Jerome on his return to the Test side and also the three uncapped players who have been selected in the 23,” said Hansen.

“We are really looking forward to this three-Test match series as it will allow us to immediately benchmark ourselves for the new season. It is the first time in our long history that we are playing a three-match Series against England and they are the perfect opponent for us at this time.

“We have a healthy respect for England and what they will bring to the contest. Our preparation, though limited by time, has been very good.”

England head coach Stuart Lancaster has to make do without 14 players from Saracens and Northampton Saints after Saturday’s Aviva Premiership final as well as a number of absentees to injury, but there is no such misfortune for Hansen, despite all of his squad being involved in the middle of the Super Rugby campaign, and the Kiwi has shown no mercy as they look to retain the Hillary Shield.