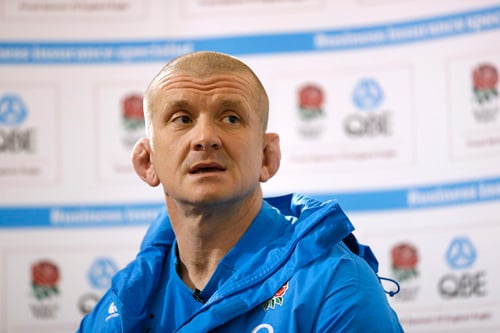 Tom Wood says England must keep their emotions in check in the second Test against New Zealand in Dunedin on Saturday.

Having missed last Saturday’s 20-15 defeat in the first Test due to his involvement in the Aviva Premiership final, Wood has seen off the challenge of James Haskell to reclaim the blindside flanker starting berth.

Emotion is only a good thing if you channel it correctly and that’s something we’ve learned from big games. I always think the bigger the game, the bigger the occasion, the simpler you make it

The 27-year-old knows all about the power of emotions, his reaction to scoring Saints’ winning try against Leicester Tigers in the Aviva Premiership semi-final a prime example, but insists he and his teammates must not get carried away.

“Emotion is a powerful thing in rugby and when you get it right it’s a huge weapon,” Wood said.

“But it can also completely undo you if you allow it to become completely about vengeance, hatred or anything else. If you allow that to overcome you, you’re in trouble.

“Emotion is only a good thing if you channel it correctly and that’s something we’ve learned from big games. I always think the bigger the game, the bigger the occasion, the simpler you make it.

“You like to think that on occasions like this the emotion will be there, the nerves will be there. Pre-match there’s a lot of expectation and hype and there’s an opportunity you don’t want to let slip.

“You like to think that emotion is a given, you just need to channel it in the right way. For me personally I know it will be there. I have to stay calm and focused.”

Wood has links in New Zealand, having spent eight months playing for North Otago in 2006 while part of the Worcester Warriors academy.

And he believes experiencing the passion for the sport at that stage in his career has helped him develop into one of Northampton and England’s core players.

“I wanted to do something that was going to separate myself from the herd back in England,” he said.

“I wanted to do something to hopefully give myself an edge. I also wanted to go away from home, go away from my family and perhaps grow up a little bit as a bloke, never mind as a rugby player.

“Experiencing the passion for rugby out here and the skill levels can only have been a good thing for me.”