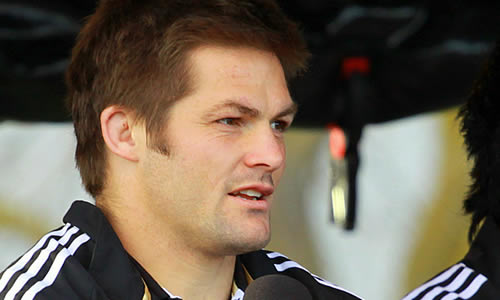 Richie McCaw expects a tough examination despite New Zealand coming up against a weakened England side in Saturday’s first Test.

The All Blacks captain, winning his 125th cap, will lead out his team-mates at fortress Eden Park where they have not lost in almost 20 years, while England have not won in New Zealand since 2003.

The iconic Auckland venue was the scene of the 2011 Rugby World Cup final as the All Blacks defeated France—the last nation to beat them there—and only England have found a way to win against Steve Hansen’s side in the 28 Tests that have followed, albeit at Twickenham in 2012.

“I think everyone understands the challenge we’re in for,” McCaw said.

“Right across the park they’re good rugby players and have the ability to hurt you if they get it their way.

“We’re going to have to make sure we’re quick to get up to speed with that and the intensity that comes from it.”

While England are without 14 players who featured in last Saturday’s Aviva Premiership final at the end of the domestic season in the northern hemisphere, the Kiwis are in the middle of the Super Rugby season and will field a side boasting almost 1,000 caps.

But the Crusaders flanker insists there can be no excuses for a slow start to their international year.

“All Test footy is different to what we’ve been at for the last two or three months,” he added.

“The reality is that it’s not going to be perfect because you’ve got 15 guys trying to stop you.

“But accepting mistakes just because you say you haven’t played together for a while—that’s not the standard that you need to be at playing for the All Blacks.”

Few would expect England to win on Saturday with Hansen’s side continuing from a 14-0 perfect record from 2013, the first time the feat had been achieved in the professional era but, even without Dan Carter, Kieiran Read and Julian Savea because of injury, the All Blacks boast three centurions to England’s combined caps total of 336 and just five caps between outside-half Freddie Burns and inside centre Kyle Eastmond.

The message from New Zealand’s most-capped player says it all. “What’s gone before doesn’t change what you do each Saturday,” he said.
“You have to go and perform … and get the job done.”