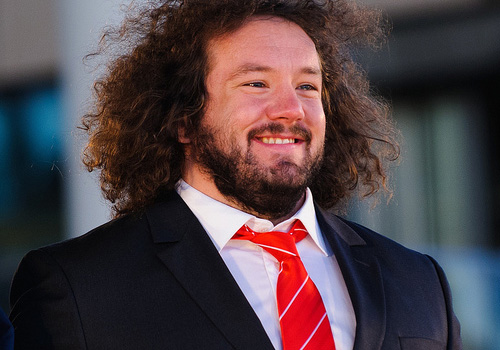 Warren Gatland has hinted that British and Irish Lions stars Adam Jones and Mike Phillips still have a chance of being a part of his future plans.

Ospreys tighthead prop Jones was dropped for the second Test against South Africa after being axed just 33 minutes into the first Test 38-16 defeat in Durban—his 100th Test appearance—with his replacement Samson Lee winning his first start with Aaron Jarvis among the replacements.

He will hopefully have a good break now and get things sorted out, contractually-wise and hopefully come back motivated to want to be part of the World Cup squad

“Adam has not had a lot of rugby recently,” Gatland said. “The way the game was and potentially the way the weather conditions are going to be for this week, we just felt at this stage we wanted to have a look at someone else and to make a change.

“He was disappointed with us taking him off and we appreciate that because of what he has achieved as a player but, it doesn’t matter who you are, the expectations are you’ve got to go out there and perform. We are all under pressure to perform.

“Adam has been around for a long time. He will hopefully have a good break now and get things sorted out, contractually-wise and hopefully come back motivated to want to be part of the World Cup squad.

“It’s a break for him now but it’s an opportunity for Samson to start at three and, potentially, to have a look at Aaron as well.”

The much-maligned Phillips who, like Jones, failed to play regularly at club level towards the end of the season, kept his place for the second Test despite widespread calls for him to be dropped for Gareth Davies.

The Scarlets scrum-half was the leading try-scorer in the Pro12 and impressed when he came off the bench for his debut, notably offering more of a running threat.

“There was a discussion at scrum-half,” Gatland added. “When we went back and looked at the tape, apart from one loose pass and us looking for him to be a bit more of a running threat, it was one of the most accurate games Mike has had for a long time.

“There were not errors around his game. We just think he needs to be a bit more of a running threat. He worked hard, he chased back and saved us a try on one occasion.

“Overall it was a pretty reasonably good performance from him, but we are pleased with Gareth too.

“So the debate was, do you start him or do you bring him on and give him that licence and that freedom when the game does start to loosen up a bit and players get a bit tired and there is a bit more space for him.

“Sometimes it’s very difficult in the first 20, 30 minutes of an international. There isn’t a lot of space and maybe it’s going to be a bit more later on for him.”