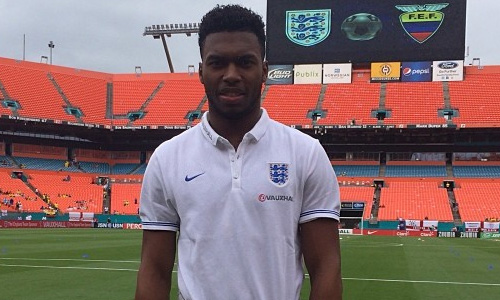 England have been eliminated from the World Cup after Costa Rica were surprise 1-0 winners against Italy in Group D on Friday.

Roy Hodgson’s side needed Italy to beat Costa Rica and Uruguay to have any chance of reaching the knockout stage, but former Fulham striker Bryan Ruiz scored a first-half winner to book his nation’s place in the last 16.

Here is the best of the Twitter reaction from the professionals, past and present, in chronological order as England are condemned to their worst-ever World Cup performance.

Daniel Sturridge (@D_Sturridge) has scrubbed up on his Italian to cheer on the Azzurri: “Come on Italy!! Necessità il primo dei due favori! Learnt that from the local Italian chef. .. #badtimes #inGodshands #ForzaAzzurri”

Republic of Ireland midfielder James McClean (@JMcC_23) is impressed by the Central Americans: “Not the bad the costa ricans ehh”

England legend Gary Lineker (@GaryLineker) shows his gratitude to the Italians: “Bloody typical. What have the Romans ever done for us?”

QPR midfielder Joey Barton (@Joey7Barton) gives the FA his thoughts: “We can do a couple of things now. Either continue this painful race to the bottom of elite international football or make some drastic overhauls and start to rebuild are national game. Hodgson and co have to be sacked, no other option.”

Former Crystal Palace forward Mark Bright (@Mark__Bright) is embarrassed for the other Group D nations: “Costa bloody Rica, can you believe that….well done to them, made a mockery of two former world cup winners, and knocked us out. #ENG”

Liverpool left-back Jose Enrique (@Jesanchez3) commiserates with his Reds team-mates: “Like Spain England is out of the World Cup now. I’m sad for my team mates that play for England because I think they have a good team”