Tottenham transfers: Fernando Llorente rules out a move away from Juventus in the summer window 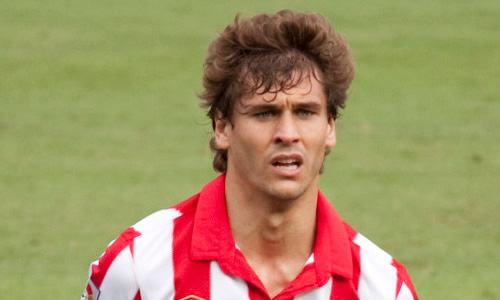 Fernando Llorente has reiterated that he will be staying at Juventus beyond the summer.

The Spain international joined the Serie A champions on a free transfer from Athletic Bilbao last summer, scoring 16 goals and making five assists in his first season in Turin.

However, Juventus were reported to be prepared to use the 29-year-old as a makeweight in a potential deal to sign Tottenham Hotspur flop Erik Lamela in the upcoming transfer window.

But Llorente, who was omitted from Vicente Del Bosque’s Spain squad for the World Cup, revealed that he hasn’t received any offers from potential suitors and is staying at Juve.

“My future is at Juventus. My phone has not rung,” Llorente told Sky Italia.

“I have had a quiet holiday. I’m glad to be here – I’m not thinking of anything else.”

Llorente scored 85 goals in 262 La Liga appearances for Athletic before moving to Juventus.