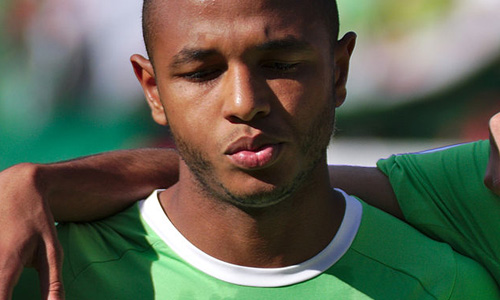 Yacine Brahimi has declared that he is ready to join an “upscale club” this summer amid reports that Tottenham Hotspur are readying a bid for the Algeria international.

The Granada attacking midfielder has been one of the surprise packages of the World Cup after scoring one goal and making one assist to help Algeria reach the last 16.

And the 24-year-old, who has been linked with a switch to White Hart Lane to join Mauricio Pochettino’s new project, is ready for the next step in his career.

“I learned from my time at Rennes and in the last two years I have grown and matured,” Brahimi told Le Parisien.

“My goal is to go to a more upscale club, but I still need to improve some things: my scoring, making assists and not just dribbling for the sake of dribbling.”

Brahimi is expected to start Algeria’s last-16 clash against Germany on Monday night.