USA v Scotland: Gordon Reid, Finn Russell and Blair Cowan are set to make their debuts in Houston on Sunday 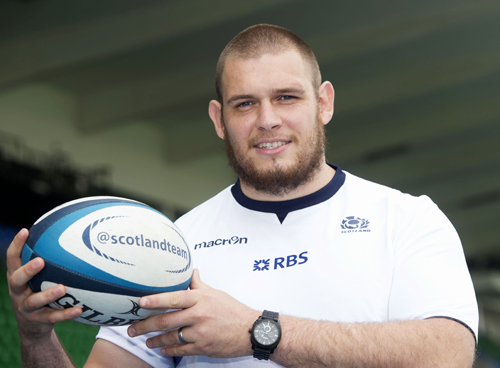 New Scotland head coach Vern Cotter has handed out three debuts in his first selection ahead of Saturday’s clash against the USA.

The former Clermont Auvergne head coach, who linked up with Scotland this month after eight years at the Stade Marcel Michelin, has opted for pace and power up front with an experimental backline necessitated by injuries.

Glasgow Warriors outside-half Finn Russell and loosehead prop Gordon Reid have been given a chance to make a name for themselves against Scotland’s 2015 Rugby World Cup opponents in Houston with London Irish flanker Blair Cowan also given the chance to enhance his international chances.

Edinburgh scrum-half Grayson Hart and Glasgow Warriors’ new prop Alex Allan could also make their senior debuts if they come off the bench.

Cotter has seen his selection hindered by a country-hopping tour that takes in four countries in as many weeks, with two squads selected to cover players plying their trade outside Scotland not permitted by their clubs to play in the final match against South Africa as it falls outside the IRB international window.

After being dropped for the RaboDirect Pro12 knockout stages, Warriors full-back Stuart Hogg returns to the international fold after being red carded against Wales in the Six Nations.

The back three is further boosted by the return of Edinburgh winger Tim Visser and Glasgow’s Sean Maitland with Glasgow wing Sean Lamont deployed at outside centre and Duncan Taylor at inside centre, despite the 24-year-old not featuring much for Saracens at the end of the domestic season.

Russell, who was one of the Pro12’s in-form outside-halves at the business end of the season, gets the nod over the more experienced Ruaridh Jackson, who must make do with a place on the bench and partners former Edinburgh captain Greig Laidlaw, now at Gloucester, who will lead the side.

Reid, who was an unused replacement in the 2012 defeat to Tonga in Aberdeen, has plenty of experience around him with Newcastle Falcons hooker Scott Lawson and London Irish tighthead Geoff Cross joining him in the front row with Richie Gray and Jim Hamilton providing plenty of power and running from the engine room.

Openside flanker Cowan is joined in the back row by Perpignan’s Alasdair Strokosch and Castres number 8 Johnnie Beattie.

The Scots have defeated the Eagles in all three of their previous contests, the last of which came at the 2003 Rugby World Cup, but Mike Tolkin has named a strong squad packed with players based in England, including Saracens full-back Chris Wyles and Leicester Tigers winger Blaine Scully.