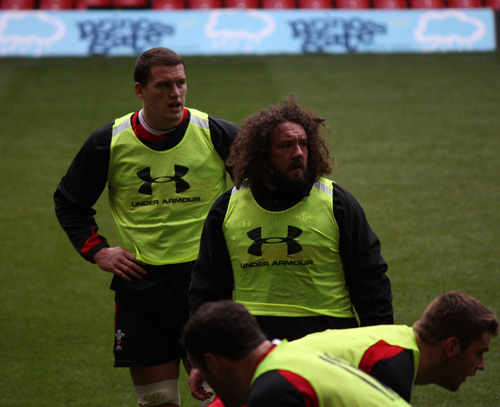 Ian Evans is looking forward to a “fresh challenge” in the Championship after agreeing a move to Bristol.

The 29-year-old, who was part of the Wales squad in South Africa this month, joins a number of former Ospreys players making the move to Ashton Gate after his proposed big-money move to Top 14 champions Toulon collapsed.

“The set-up and resources at Bristol Rugby is so professional,” Evans told Bristolrugby.co.uk. “I’m really looking forward to the fresh challenge and getting started.

“I know a number of the players at the club and they were very positive about the direction that Bristol is going.”

After finishing the season top of the Greene King IPA Championship, Andy Robinson’s Bristol lost in two-leg final to London Welsh but Evans, capped 33, times for his country, admits it was any easy decision to join the promotion hopefuls despite being on the radar of clubs in the Pro12 and the Aviva Premiership.

“It was a straight-forward decision for me,” he added. “It’s great to be part of one the most exciting projects in English rugby.”

The ambitious West Country club had already secured the services of 14 players ahead of the final with the expectation of joining the Premiership.

And Evans will be in good company at their new Ashton Gate home with fellow Wales internationals Ryan Jones and Matthew Morgan also making the move from the Liberty Stadium and former Scarlets, Wales and British and Irish Lions scrum-half Dwayne Peel also joining the club from Sale Sharks.

“Ian is a tough, physical second row who will be a valuable addition to our pack ahead of the new season,” said director of rugby Robinson.

“He’s a quality line-out operator and scrummager with a great attitude that you’d expect from an international player.

“He will complement our young locks and play an important role in developing them.”

Bristol will begin the new season on the first weekend in September at Ashton Gate against Worcester Warriors, who were relegated from the Premiership.