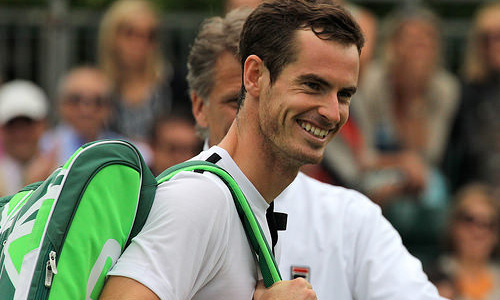 Andy Murray admits he is expecting some first-round nerves when the Scot begins the defence of his Wimbledon crown against David Goffin next Monday.

The third seed is set to kick-start the SW19 action on centre court against the world number 104 as the 27-year-old attempts to successfully defend his Grand Slam crown.

Murray, who beat Novak Djokovic in straight sets to become the first British male to win Wimbledon in 78 years just under 12 months ago, is quietly confident that he can win his third Major in south west London.

“I’d expect to feel pride and some nerves,” said Murray, who took on Tommy Robredo in an exhibition match at Hurlingham Club on Thursday.

“I don’t know how I’m going to handle it; no-one does. It’ll be interesting to see how I deal with that.”

Murray added: “”If you’ve done it once there’s no reason why you can’t do it again. If I can play like I did last year I’ll definitely be in with a chance.”

Murray could face Novak Djokovic in the semi-finals in a repeat of the 2013 showpiece if the second and third seeds successfully navigate their respective quarters of the draw.

The Serbian pulled out of his exhibition match at The Boodles in Stoke Park yesterday, but the 2011 champion took to his Twitter to update his fans on Friday.