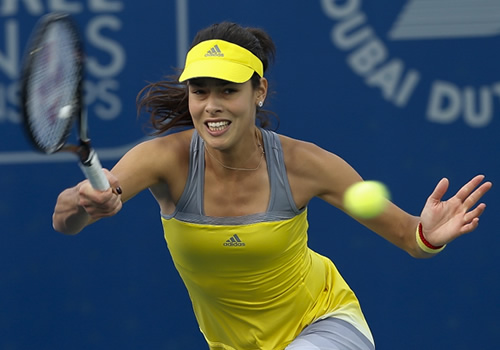 Ana Ivanovic has announced that she has parted company with coach Nemanja Kontic.

The Serbian, who is currently ranked No11 in the world, appointed Kontic as her new coach in January, but his contract expired after Wimbledon.

The 26-year-old enjoyed a return to form in 2014 as the 2008 French Open champion won WTA titles in Auckland, Monterry and Birmingham.

Ivanovic also performed well in the Grand Slams, beating Serena Williams to reach the Australian Open quarter-finals but crashing out in the third round at Roland Garros and Wimbledon.

A statement on Ivanovic’s website read: “Ana and Nemanja Kontic have ended their coaching partnership by mutual agreement.

“Kontic’s contract expired after Wimbledon and, after amicable discussions, the pair decided not to renew it.

“Under Kontic’s guidance Ana won three WTA titles this season. She reached the third round of the French Open and exited Wimbledon at the same stage last week.

“Ana plans to appoint a new coach in the coming weeks.”