Arsenal transfers: Ivan Gazidis insists that the Gunners still have plenty of work to do this summer 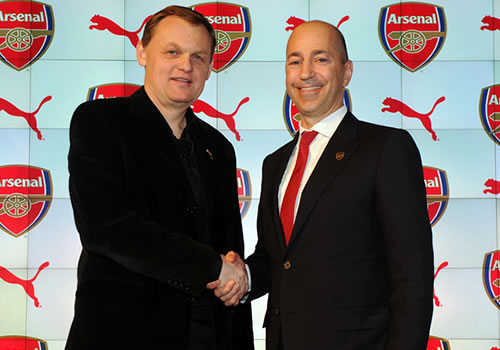 Ivan Gazidis insists that Arsenal still have plenty of work to do in the transfer market after completing the signing of Alexis Sánchez from Barcelona this week.

The 25-year-old Chile striker joined the Gunners on a long-term contract on Thursday for a fee believed to be around £35m.

Arsenal are also thought to be close to signing right-back Mathieu Debuchy from Newcastle United, while Germany midfielder Sami Khedira has also been touted as a possible target for the north London club.

I’ve got to get back, we’ve got more work to do

And the Arsenal chief executive is expecting more arrivals at Emirates Stadium in the coming weeks.

“We’ve pulled off a good one with Alexis Sánchez, but there’s more work to be done,” the chief executive told Arsenal Fan TV.

When asked if a holding midfielder was his next priority, he replied: “I’m not going to talk about it until it’s done. I’ve got to get back, we’ve got more work to do.”

Gazidis also expressed his delight at seeing the Gunners tie up a deal to bring Sánchez to the club.

“It’s a really exciting signing for us, we’ve been wanting to get Alexis into the club and had the opportunity to do it,” he continued.

“We’re really glad he’s committed to us, he had a lot of options and he chose us.

“I think he feels from a football perspective we can give him what he’s looking for. It’s a great step and takes us one step closer to where we want to get to.

“We’ve been really clear, we’ll only bring in players that we think really add to the squad and we think he’s top class, world class, a great signing for us.

“It’s fantastic, it’s what it’s all about – making sure the club progresses and we can make our fans happy and proud. It’s a brilliant feeling when we’re delivering trophies and bringing great players in.”