Aviva Premiership: Semesa Rokoduguni pens a one-year deal to keep him at The Rec until 2016 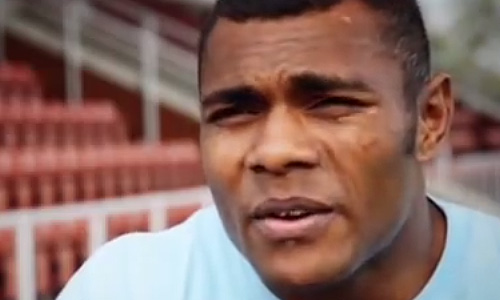 Semesa Rokoduguni has signed a one-year extension to his contract that will keep him at the Rec until 2016, Bath Rugby have confirmed.

The 2013/14 season at Bath Rugby was a breakthrough one for the 26-year-old from Fiji. On the back of some scintillating performances for the Club in his first full season of professional rugby, Rokoduguni became the first serving soldier to be called up to the England set-up since Josh Lewsey.

He represented England Saxons against Irish Wolfhounds in January 2014, before playing for an England XV against the Barbarians at Twickenham five months later.

Rokoduguni’s Gatorade Game Changer Award last season exemplified his devastating capabilities from the wing: the ability to beat defenders through both power and speed and a great vision in open play.

On the subject of extending his stay at the Club, Rokoduguni said: “It felt like the natural choice. I love it here at Bath. The environment is superb – we’re like a big family – and everybody wants to play their part in the next stage of the team’s development.”

“Roko’s the type of player you would pay good money to watch, and I tell him as much before every match,” said head coach Mike Ford.

“It’s remarkable to think that it wasn’t so long ago he was serving with the British Army in Afghanistan. He’s a fantastic winger and he’s going to help us win matches this season, and I’m certain he’ll be pushing for more England recognition too.”

Jenson Button insists he is not concerned about F1 future