Aviva Premiership: Justin Burnell is confident London Welsh can compete in the top-flight this season 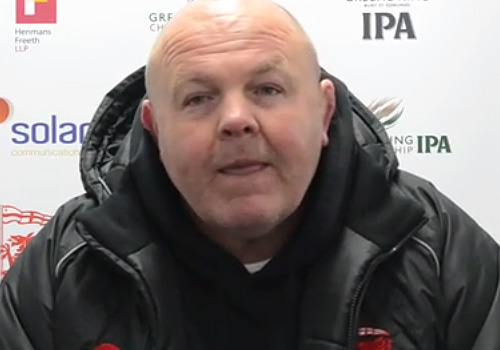 London Welsh’s first stint in the Aviva Premiership was a brief one but head coach Justin Burnell believes his transformed troops can be a match for anyone this time round.

Burnell was not at the helm when the Exiles sank straight back down to the Championship in 2013 – and he has left no stone unturned in a bid to make a much longer-lasting impact.

A total of 19 players have already arrived at the Kassam Stadium and with Burnell expecting at least five more to follow in the next week, pre-season training will be something of a meet and greet.

Included in that new bunch are wise old heads in former England internationals Olly Barkley – returning to the Aviva Premiership from France – and Dean Schofield.

But Burnell is just as excited about the lesser-known faces, who he insists are ready to spring a few surprises.

“I think we’re more settled than the last time we were in the Premiership when it was a rollercoaster,” Burnell said.

“This time we’re far better prepared and our chairman and owner have been fantastic.

“I don’t think the word for us is ‘survival’ because we want to compete. If we go in with the mindset that we have to survive then I think we’re admitting that we’re going in just to hang on – so we’re in there to compete.

“We’ve picked up a young centre from the Scarlets, Nic Reynolds, who I think is going to be a bit of a dark horse.

“We’ve also picked up Chris Elder from down in Plymouth as well as Josh McNally who is an absolute man-mountain. He’s ginormous and with his forces background you can already see the desire in him.

“So we’ve got some exciting prospects but we’re still looking to make another five signings to strengthen, which hopefully will be done within the next week – our Director of Rugby, Steve Lewis, has been scanning the world for those extra players!

“We’re more than able to compete and hopefully we can pick up a couple of early wins to prove our ability to stay in the Aviva Premiership.”

And after keeping tabs on the thrills and spills of the Aviva Premiership play-offs last season, Burnell is in no doubt that the battles will be won and lost in the trenches.

He added: “The two Premiership semi-finals last year were brutal – when you look at that Friday night at Franklin’s Gardens with Northampton and Leicester going at each other you realise that, first and foremost, you’ve got to win ball.

“So the primary focus will be on our scrum and making sure that we win enough quality ball to unleash some of our backs.

“We just wanted a home game first up, so it will be nice to start the season against Exeter at the Kassam Stadium and then we’ll take it from there.

“We’re mindful that there are a lot of big clubs in the Premiership but they lost a certain amount of games and so hopefully we can be picking them off at the right time.”