Aviva Premiership: London Welsh pull off the coup of the summer with the signing of All Blacks star Piri Weepu 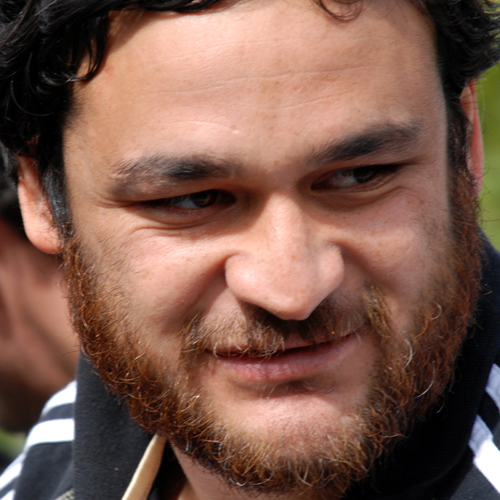 London Welsh have pulled off the coup of the summer with the signature of New Zealand’s World Cup-winning scrum-half Piri Weepu.

The 30-year-old, who won the last of his 71 All Blacks caps against France in 2013, joins the newly-promoted Aviva Premiership club at the Kassam Stadium on a two-year deal from the Auckland-based Blues franchise at the conclusion of the Super Rugby season.

It’s massive statement of intent from the club in regard to its drive to be able to compete in the Aviva Premiership next season, and not just survive

“I’m hugely excited by the opportunity of joining London Welsh and at the challenge of playing in the Aviva Premiership, consistently one of the best leagues in world rugby,” said Weepu.

“London Welsh is an iconic and globally recognised brand in the rugby world and I’m looking forward to linking up with head coach Justin Burnell and my new London Welsh teammates, and helping the club re-establish itself in the top flight and in Oxford.”

Welsh director of rugby Justin Burrell has spent the last month rebuilding his squad after securing promotion with a 48-28 aggregate win over Bristol in the Greene King IPA Championship final.

The signature comes in the same week that the club confirmed the capture of Argentina loosehead prop Pablo Henn from Limoges and Brumbies back-row forward Lachlan McCaffrey.

Burrell admitted to scouting the southern hemisphere for further talent as the Exiles look to compete in England’s top flight rather than trying to avoid relegation for the second time in three seasons.

Weepu, who was influential as the All Blacks won the 2011 Rugby World Cup on home soil, had a minor stroke and was diagnosed with a small hole in his heart in March, but was cleared to return to action by doctors and, with limited international opportunities, was convinced to move to the northern hemisphere.

“It doesn’t get much better than being a World Cup winner with 71 caps for the All Black,” said Burnell. “It’s a signing that speaks for itself.

“It’s massive statement of intent from the club in regard to its drive to be able to compete in the Aviva Premiership next season, and not just survive.

“It’s also going to be a fantastic opportunity for the younger players within our squad to mix and learn from a player of Piri’s experience and ability. As a player, his skill set is unbelievable; his kicking game and tactical appreciation are tremendous.

“After meeting with him in Singapore at the Club 10s, his personality and aura is such that it will be second nature for him to fit in to the environment we’ve created at London Welsh.

“It also goes to show just how worthwhile our participation in the Club 10s in Singapore was, with the signings of both Piri and Lachlan McCaffrey.”

The Exiles have also confirmed the appointment of former Wales international Sonny Parker as team manager with immediate effect after two seasons with the club as a player.

Sebastian Vettel: Red Bull must close the gap to Mercedes