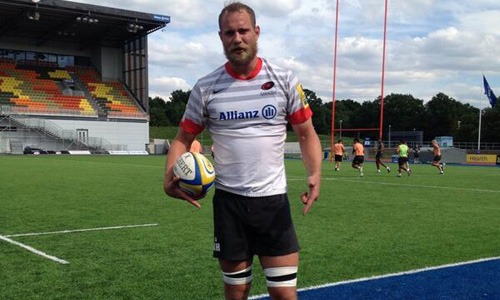 Alistair Hargreaves has been appointed as the new Saracens captain ahead of the 2014/15 Aviva Premiership season.

And Saracens director of rugby Mark McCall hailed Hargreaves’s qualities following the South Africa international’s move to the London side from Sharks in 2012.

“Alistair has shown exceptional leadership qualities since arriving at the club in 2012, and is ideally qualified to be our new captain,” McCall said.

“He is unequivocally respected by staff and players alike, and we feel certain he will lead the squad brilliantly, on and off the field.”

Hargreaves was part of the Saracens’s side that lost to Saints in the Aviva Premiership final and suffered a 23-6 defeat by Toulon in the Heineken Cup final showpiece.