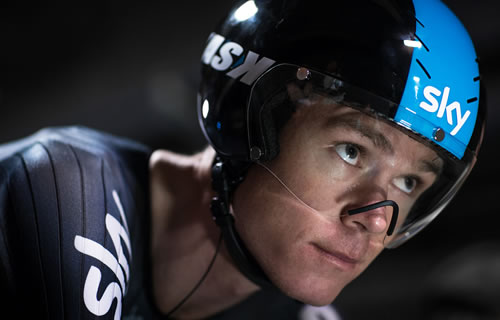 Chris Froome admits he is “devastated” after having to pull the plug early on the defence of his Tour de France crown.

The 29-year-old headed into this year’s race as defending champion but abandoned the fifth stage 69km from home after crashing for the second time on the rain-sodden roads.

It was the right thing to do after crashing again

These falls came just 24 hours after Froome had injured his wrist in an early tumble at the start of stage four.

Froome was sitting in seventh place, just two seconds behind race leader Vincenzo Nibali, when he withdrew, flying home to Monaco on Wednesday evening for a period of rest and recuperation.

“I’m devastated to have to pull out of the race. It was the right thing to do after crashing again and I knew that I couldn’t carry on,” Froome said in a Team Sky statement.

“I’m going to fly home tonight and over the next few days I’ll go for some more scans on my wrist to find out exactly what injuries I’ve sustained.

“The X-ray last night didn’t show an obvious fracture and I wanted to race today, but clearly I was in pain and we put heavy strapping on the left wrist from the start.

“It’s too early to say for definite when I’ll be back on the bike, I’m just going to concentrate on getting back to full fitness.”