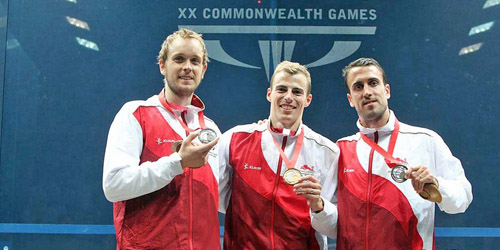 Top seeds Nicol David and Nick Matthew bagged an historic Commonwealth Games double as the pair defended their titles at Glasgow 2014 on Tuesday.

World No2 Matthew edged past a familiar foe in the shape of James Willstrop, winning the five-game thriller to successfully defend the crown which he won in Dehli in 2010.

Meanwhile, women’s No1 seed David dismissed England’s Laura Massaro in her fifth successive Commonwealth Games, winning the final 8-4, 9-7 and 10-9 against the world champion. 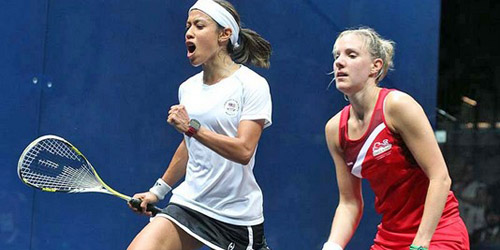 “Winning the first game was crucial – it was really tough out there, I had to put the pressure on,” said David. “I’ve been working on that shot (to save game-ball at 9-10) for a long time!

“Laura is the most competitive player on the Tour – she’s so determined, she just doesn’t let go.

“It’s only just hit me that I am the Commonwealth Games champion for the second time – it really is remarkable.

“Today is the Malaysian festival of Hari Raya (the Muslim ‘Eid Mubarak’ celebration to mark the end of Ramadan) – which makes it even more special for me.

“I really wanted this gold.” 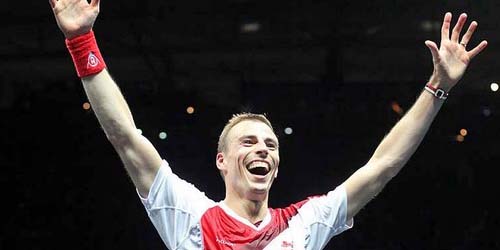 Meanwhile, Matthew, who underwent a knee operation six weeks ago, said: “Considering what we’ve both been through, this match is a testament to both of us – we were both winners out there and both deserve to stand at the top of the podium,” Matthew told the media afterwards.

“I was on a hospital bed six weeks ago and he was told he might never play again.

“And Chris (Robertson) reminded me of that when I came off court at two-all – ‘you’re a winner whatever happens’ said my coach.”

England v India: Talking points as Cook gets it right on day four