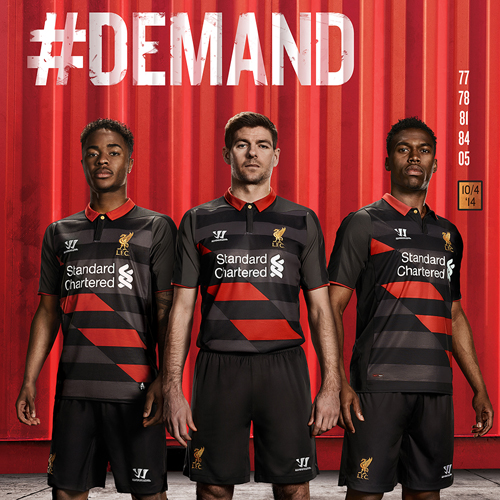 Luis Suarez was a noticeable absentee as Liverpool unveiled their new third kit for the 2014/15 campaign.

The strip, which is black, red and grey, will be donned by Brendan Rodgers’s men for their return to the Champions League and all domestic competitions next season.

However, it appears Suarez won’t get the chance to wear the dark strip, with the Uruguayan not among the Liverpool stars promoting the new kit.

Suarez’s absence will only serve to fuel speculation that the Liverpool striker is on the brink of a £63m move to Barcelona, with representatives of both clubs reportedly meeting in London last week.