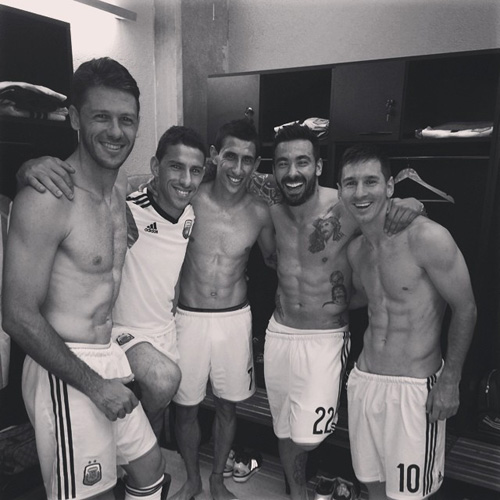 Laurent Blanc has refused to be drawn on speculation that Paris Saint-Germain could beat Manchester United to the signing of Angel di Maria.

The Argentina international is expected to leave Real Madrid in the summer after los Blancos signed Toni Kroos and James Rodriguez in the past week.

At the moment nothing is done. Are there negotiations? It’s not for me to say

Di Maria was part of Argentina’s squad which reached the World Cup final, although the 26-year-old didn’t feature in the 1-0 loss to Germany in the showpiece.

And PSG manager Blanc, whose job is under threat amid reports Antonio Conte could take charge of the Ligue 1 champions, wouldn’t comment on rumours linking the forward with the Paris club.

“At the moment nothing is done. Are there negotiations? It’s not for me to say, but for the board of the club.”