Nico Rosberg: I would have won the British Grand Prix 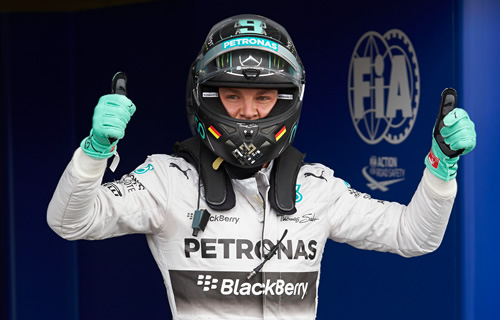 Nico Rosberg has claimed that he would have gone on to win the British Grand Prix if he hadn’t have been forced to retire due to a gearbox failure.

The German had been leading the race when he suffered the problem, allowing Mercedes team-mate Lewis Hamilton to pass him before retiring at the side of the Silverstone track.

I’m very confident that I would have won the race

“It is always a good battle, but I was very much in control up until then which is why I was all the more disappointed,” said Rosberg.

“I’m very confident that I would have won the race.

“Formula 1 cars are always fragile as they are built right on the edge.

“You need the ultimate performance so it means things are built lighter and smaller than ever. I think it gives people a glimpse for people of how complex the cars are and it is not always an easy ride.”

Rosberg’s retirement and Hamilton’s victory means that the Brit is now just four points behind the leader in the drivers’ championship.