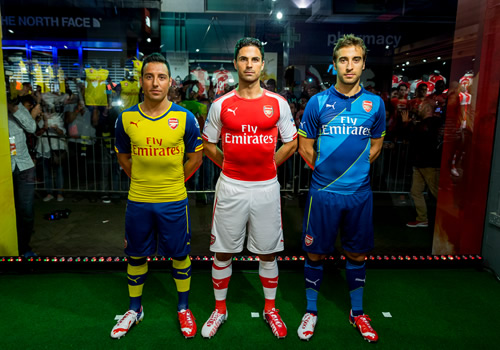 Arsenal have unveiled their three new Puma-manufactured kits for the 2014-15 season.

The home kit stays true to the traditional red and white Arsenal colours that first appeared in 1933.

The away shirt designed in the iconic yellow and navy blue colours worn by Arsenal during some of the most famous Gunners victories away from home, including the 1971 and 1979 FA Cup final wins

The blue and lime green cup kit, meanwhile, will be worn by Arsenal away from home in the Champions League, FA Cup and League Cup. 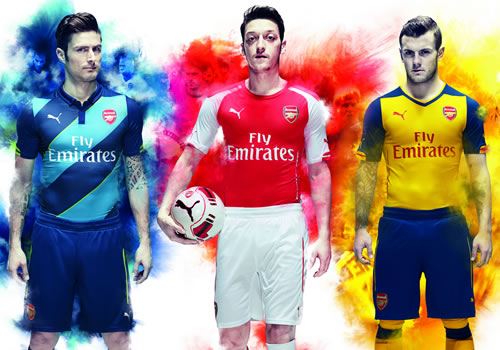 Arsenal midfieler Mikel Arteta said: “The new kits have really impressed the players, especially because of the story behind them, which is something felt by everyone at this club.

“Arsenal is special, and the creation of these kits is a wonderful way to acknowledge that. Puma has done an excellent job with the design.

“It’s a great start to this new season and we are hungry to progress and bring more silverware to Arsenal and our fans.”