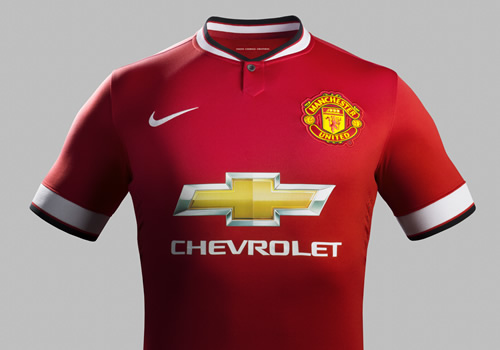 Manchester United have revealed the team’s new home kit for the 2014-15 season.

The strip features a red shirt, white collar and cuffs with a red-and-black trim. The kit is completed by white shorts and black socks with a red band.

Inside the back of the neck is a small label with the message: “Youth, Courage, Greatness” to represent the club’s values. 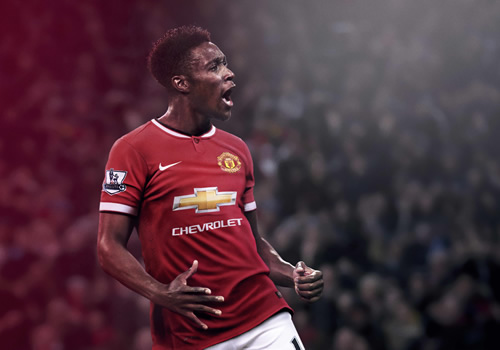 On the back of the shirt below the neck is a black devil from the club crest, and across the back is a series of chevrons in engineered mesh to emphasize the importance of the shape to United.

New era, new shirt. This is how Louis van Gaal's #mufc will look in 2014/15. #MUFCkit pic.twitter.com/bNRchqw8Vt

The Red Devils’ new strip will be available to pre-order from 7 July, and to purchase in stores from 16 July.