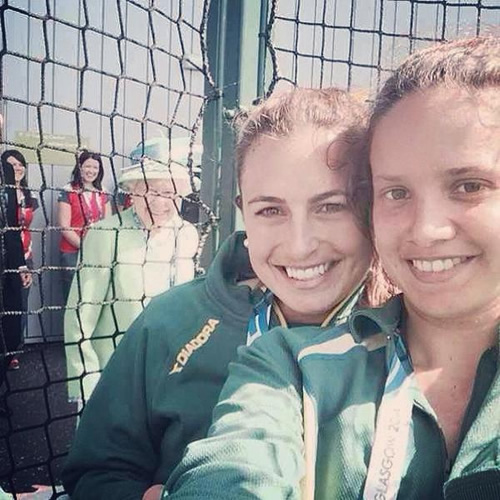 Two Australian Commonwealth Games hockey players were left stunned after the Queen appeared smiling in the background of their selfie.

Jayde Taylor (left) uploaded the first image on Twitter and wrote: “Ahhh The Queen photo-bombed our selfie!! #royalty #sheevensmiled #amazing”, with the update having since been retweeted over 4,000 times.

The image inevitably triggered a flurry of ‘Queen selfies’ taken by other athletes competing at the 2014 Games in Glasgow.

England’s 110m hurdler Andy Turner and Northern Ireland table tennis player Emma Ludlow were among those to follow the trend on the first day of the Games.

That's as good as it gets, some big bloke told me to jog on so thought it was time I moved. pic.twitter.com/cp3gvPh2p9