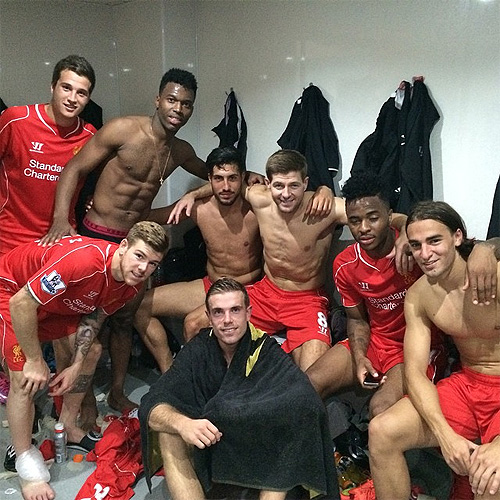 Brendan Rodgers triumphed on his 100th game in charge of Liverpool as the Reds were emphatic 3-0 winners against Tottenham Hotspur at White Hart Lane.

Here is the best of the Twitter reaction from the professionals, past and present, in chronological order to Liverpool’s win in north London.

Former Liverpool striker Michael Owen (@themichaelowen) is impressed by the quality of the Reds’s opener: “What a goal that was. #Liverpool”

Liverpool legend Jamie Carragher (@Carra23) gives his thoughts on Moreno and the performance of his former club: “Wow! Moreno been excellent all day aggressive quick and a goal. Did well at City besides the mistake. Flanno last year now the new left back… Could be the best left back Lfc have had since the treble season!!!… Good start for both clubs 6 points out of 9. Lfc got two tough away games out the way early.”

Man-of-the-match Raheem Sterling (@sterling31) is thrilled to sign off with three points: “Great win now off to international duty”

Former Liverpool manager Roy Evans (@Roy_Evo) is pleased with how the Reds’s defence is shaping up: “Lovren really impressive and will get better,loved the two full backs aggressive pacey get forward get back to defend promising talents”

Finally, Reds legend John Aldridge (@Realaldo474) reckons Moreno could be the new Steve Nicol: “It was very very nice to get a clean sheet.Lovren looked excellent.Moreno will be our best L Back since the great Stevie nicol!”