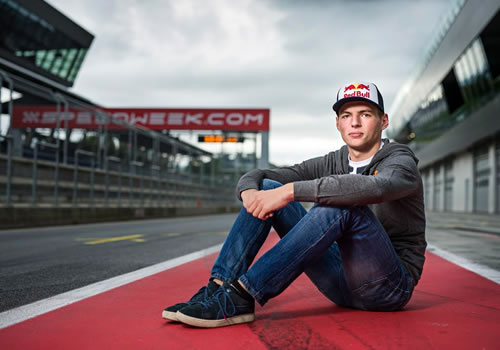 Toro Rosso team principal Franz Tost insists that Max Verstappen can cope with the demands of Formula 1 despite his inexperience.

The Faenza-based team caused a surprise this week by confirming that the 16-year-old son of former Benetton and Arrows racer Jos Verstappen would partner 20-year-old Daniil Kvyat in 2015, at the expense of Jean-Éric Vergne.

“We are happy to welcome Max into the Toro Rosso family,” said Tost. “It’s great to see how the Red Bull Junior Programme continues to find talented young drivers and gives them the opportunity to come into Formula 1.

“We consider Max to be as one of the most skilled young drivers of the new generation and we believe he has the necessary maturity and mental strength to take on this challenge successfully. “

The Belgian-born Dutchman has already shown he has the capability to win with karting’s KZ1 World Championship to his name before impressing in the highly-competitive Formula 3 European Championship, winning eight of the 27 races with Van Amersfoort Racing.

“This year he has already demonstrated how well he can cope under difficult conditions,” Tost added. “For example, at the Norisring and Nürburgring, he showed extraordinary determination and the ability to withstand pressure before going on to win.

“Bearing in mind that Scuderia Toro Rosso was created with the aim of bringing young talent from the Red Bull Junior Team into Formula 1 and to educate them, it will now be up to us to provide Max with a competitive car, which will enable him to have the best possible start to his Formula 1 career.”

With eight races of the 2014 Formula 1 world championship remaining, Frenchman Vergne now has the unwanted task of finding a new employer after four years with Toro Rosso, the last three of which have been as a race driver.

With four top 10 finishes so far this season, the 24-year-old equalled the number he achieved in his rookie season and is on course for his best points finish in the sport.

“I would also like to thank Jean-Eric Vergne for all his hard work,” Tost said. “He has produced strong performances, but unfortunately he was also hindered by some reliability problems, especially in the first half of the current season.

“We hope that we have resolved these problems and that he will be able to end the second half of this season on a high note and thereby show that he still deserves another opportunity in Formula 1.”

Stunning seven medals for Britain on night two at Europeans