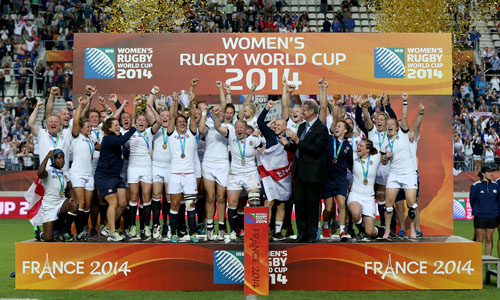 Gary Street has described winning the Women’s Rugby World Cup as a “huge relief” after England ran out 21-9 victors over Canada on Sunday.

England centre Emily Scarratt was the star of the final as Lichfield back scored 16 points against Canada to help her side win their second-ever crown.

Street said: “It’s a pretty amazing feeling and we’re just so proud of everyone involved.

“We’ve been on a long journey but to have that trophy makes it worthwhile.”]

The England head coach added: “The support we’ve had has been amazing and it’s a huge relief to be able to deliver.”

Here is a selection of the best photos from the final.

England v India: It is start of a recovery, promises Alastair Cook