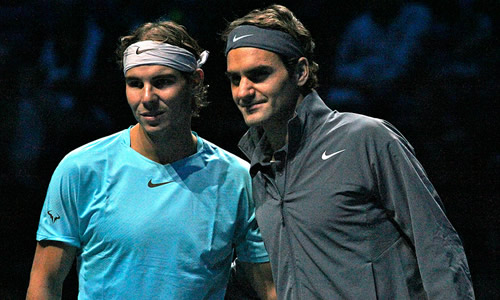 The climax of the tennis year, the Barclays ATP World Tour Finals at London’s O2 arena, has announced a spectacular launch event worthy of the sport’s unofficial ‘fifth Grand Slam’.

The eight top singles and doubles players of 2014 will be joined by a host of celebrities on 7 November, ahead of the biggest indoor tennis tournament in the world, which will play out through 9 to 16 November.

Headlined “One for the Boys”, proceeds from the event will support the charity of the same name that was set up by world-renowned American actor and film producer Samuel L Jackson. The charity aims to educate and raise awareness of male cancer, distributing funds to a variety of cancer charities. The charities or foundations of the players will also benefit from this showcase launch event.

Already qualified for the World Tour Finals are the three most renowned players on the tour, Roger Federer, Rafael Nadal and Novak Djokovic, and the six-time WTF champion Federer commented: “I’m looking forward to what should be a great night. As players, we do like to give back wherever possible, whether that’s through charities or our own foundations. It’s always special when all the players can come together as a group, together with the ATP, and support a great cause. Hopefully the fans will come out and support us, and we look forward to putting on a great show.”

Jackson added: “We are humbled that the ATP has nominated One For The Boys as the benefiting charity for the Barclays ATP World Tours Finals launch event. It’s an amazing opportunity to work with the world’s leading male tennis players, who are so acutely aware of their health status. This partnership will unite the world’s men through sport, providing a platform to encourage men to talk, act and prioritise their health where cancer is concerned.”

Chris Kermode, ATP Executive Chairman and President, said: “This year’s launch event will give fans the opportunity to see all our top players in a new light, playing alongside numerous well-known personalities. It promises to be a truly special occasion.”

The WTFs, with the support of Moët & Chandon, have helped raise more than £1.2 million for charity. The tournament has welcomed more than 1.25 million fans to the O2 arena over the past five years, establishing itself as the world’s biggest indoor tennis tournament since moving to London in 2009.

The race to London

The battle for the remaining five singles spots among the eight who will contest one of the most prestigious titles in tennis, is heating up, with just 600 points separating No5 Marin Cilic and No10 Grigor Dimitrov.