Edinburgh 20 Scarlets 20: Wayne Pivac rues missed opportunities for the Welsh side at Murrayfield 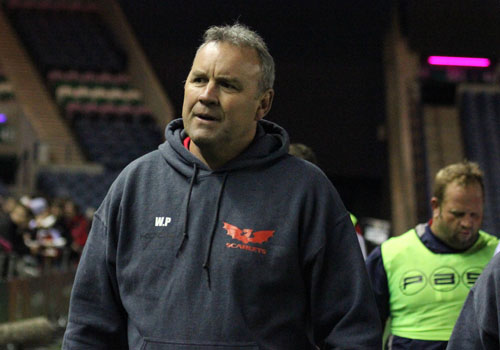 Scarlets head coach Wayne Pivac was left to rue missed opportunities as they drew 20-20 with Edinburgh at BT Murrayfield Stadium.

The West Walians stormed into the lead inside 40 seconds as winger Harry Robinson went over, but gave up a 17-3 lead as they failed to score in the second half and allowed the Gunners back in.

“We felt at half-time that it was ours to win – as it was ours to lose,” said Pivac. “We did enough in the first half and if we’d have scored that other try it might well have been a different game.

“We’ve been starting our games well and a try in the first 40 seconds is a great way to get underway but we didn’t capitalise on the opportunities we created.

“We allowed Edinburgh back into the game and gave away too many penalties in the second half.

“In a tight game like that it’s about field position and staying in the arm wrestle. We need to be putting pressure on the opposition so that they’re the ones giving away the penalties.”

Despite a third try from Wales full-back Liam Williams inside a week, it is the second time in four matches this season that the Scarlets have thrown away a lead to draw after their round one 32-32 draw with Ulster in Llanelli.

With Newport Gwent Dragons visiting the Parc y Scarlets next week, Pivac is already looking for an improvement in their first Welsh derby of the season.

“It was disappointing that we weren’t able to get the four points but we’re heading home next weekend and looking forward to playing in front of a passionate Scarlets crowd,” Pivac added.

“We’ll be working on decision making under pressure this week and making sure that we can improve ahead of Dragons at home.”