Mario Balotelli ‘working for the future’ after first Liverpool goal 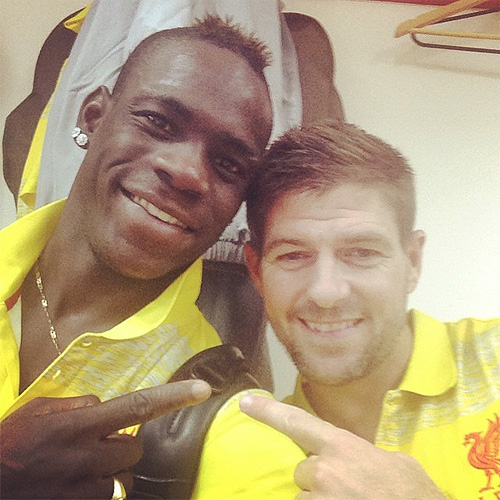 Mario Balotelli doesn’t appear to be resting on his laurels after the Italian scored his first Liverpool goal in a 2-1 victory over Ludogorets on Tuesday.

The 24-year-old striker netted his inaugural Liverpool goal in the 82nd minute of their opening Champions League Group B clash at Anfield.

Balotelli’s strike was cancelled out by Ludogorets forward Paulos Dani Abalo in the 90th minute before Steven Gerrard scored a stoppage-time winner from the spot.

And the Italy international, who moved to Liverpool in a £16m deal from AC Milan last month, posted a cryptic tweet following a special European night for the striker.

Good morning Liverpool! Good morning everybody! Today is a new day! We dont care about the past! We work for the future

“You have to give Mario Balotelli credit, he is under the spotlight and everyone is waiting for that first goal,” Gerrard told ITV Sport.

“It didn’t go his way for long periods but the sign of a good goal-scorer is to keep going and it only takes once chance and he showed that tonight.

“But what is more important than the goal is his work-rate. Myself and the rest of the lads were waiting to see what he would give the team, and he ran his socks off. That is the biggest plus for me.”