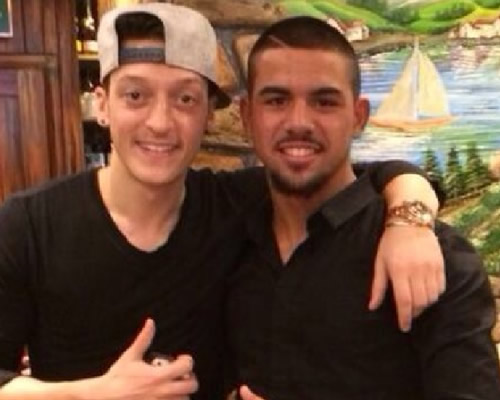 Mesut Ozil has taken to Facebook to praise the recent form of Cologne youngster Baris Sarikaya.

The 18-year-old Turkish winger has notched up five assists in six games for Cologne’s Under-19 side this season and the Arsenal star has been impressed by Sarikaya’s progress.

Ozil, who is of Turkish origin, posted the picture of the duo above on his Facebook page and wrote: “Great performance, Baris Sarikaya – 5 assists in 6 matches. keep it up, bro! ‪#‎FCKölnYouth‬.”

Ozil went some way towards silencing his critics on Saturday as he scored one and set up another in the 3-0 victory at Aston Villa.

The 42.5m signing had seen his recent form questioned following a string of ineffective performances for Arsene Wenger’s men.