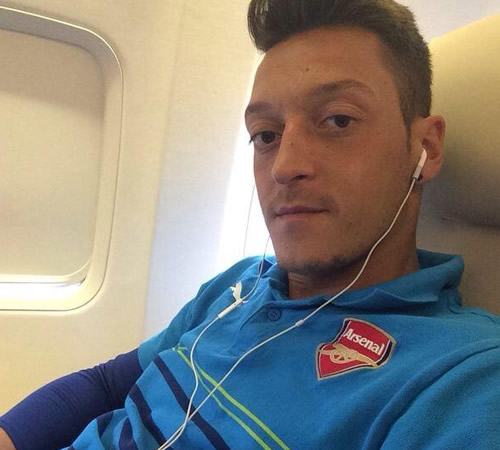 The Gunners are competing in the group stage of Europe’s elite club competition for the 17th successive season and face the Bundesliga side in Germany.

Ozil posted the picture above on Twitter on Monday night and wrote: “Just arrived in Germany. tomorrow is the day. I love this tournament – @ChampionsLeague is on again!:-) #UCL #bvbafc”

Ozil has come in for criticism for his recent form after another disappointing display against Manchester City in Saturday’s 2-2 draw.

However, Gunners boss Arsene Wenger leapt to the defence of the 25-year-old after the weekend’s game.

“People always have this kind of attitude about him,” Wenger said. “He worked hard against City and he played quite well.

“You see a good Özil when you watch the game again. Then you realise his timing, his quality of the pass and something you can be frustrated during the game but you must not overreact.”