Ashley Cole made the big move to AS Roma this summer, but the England legend doesn’t appear to have forgotten his Chelsea friends.

The 33-year-old left-back is enjoying some time off during the international break as Roy Hodgson attempts to usher in a new England era.

And Cole, who joined Roma from Chelsea in July, caught up with former Blues team-mates Yossi Benayoun and Samuel Eto’o on Wednesday. 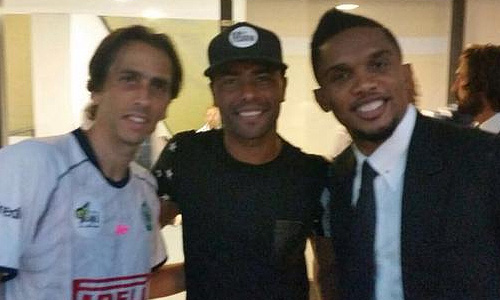 Cole has settled into life in Serie A, making his debut as the Rome outfit were 2-0 winners against top-four rivals Fiorentina at the Stadio Olimpico on Sunday.

The former England international called time on his Chelsea career this summer after winning three Premier League titles, the Champions League, the Europa League and FA Cup at Stamford Bridge.

Arsenal transfers: Tomas Rosicky ‘not panicking’ about his future