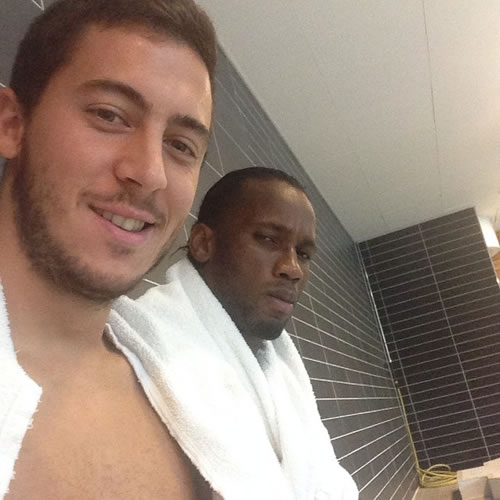 Eden Hazard has taken the plunge with Didier Drogba as the Chelsea duo shared an ice bath together.

Hazard has been left out of the Belgium squad for his country’s forthcoming games with a string of niggling injuries and is recovering with Chelsea ahead of their next game against Swansea on 13 September.

And the 23-year-old took some time out on Wednesday morning to snap a selfie with Blues legend Drogba, who returned to the west London club over the summer.

Hazard posted the picture above and wrote: “Ice bath with the king @didierdrogba shegueyyy.”

The Belgium international has started all three of Chelsea’s Premier League games so far this season, scoring one goal.

The 36-year-old Drogba, meanwhile, has made three appearances from the substitutes’ bench after his move from Galatasaray.