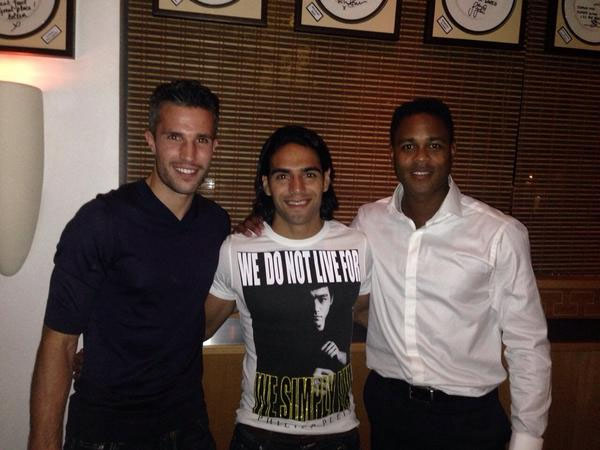 Patrick Kluivert has hailed Radamel Falcao and Robin van Persie as “top strikers” after joining the Manchester United pair for dinner on Sunday.

Falcao and Van Persie were unable to find the net, though, as Angel di Maria, Ander Herrera, Wayne Rooney and Juan Mata all scored past Hoops goalkeeper Rob Green.

And Kluivert, who worked as Van Gaal’s assistant coach during the Netherlands’s World Cup campaign, paid tribute to United’s strikers after enjoying a meal with the pair.

Falcao made his United debut on Sunday as the Colombian was handed a second-half cameo role following his loan move from Monaco on deadline day.

The 28-year-old, who suffered a season-ending knee injury last year, could join United on a permanent deal at the end of the season.