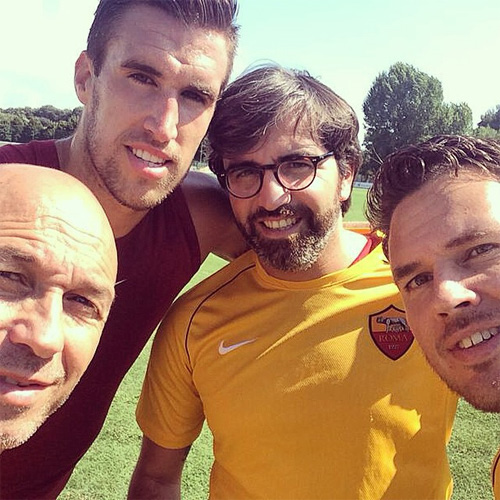 Manchester United have been handed a boost in their pursuit of Kevin Strootman after the Roma midfielder revealed that his rehabilitation from injury is going well.

Louis van Gaal is believed to be a big admirer of the Netherlands international, who has been linked with a potential big-money move to the 20-time English champions in the January transfer window.

Strootman was omitted from Van Gaal’s squad for the World Cup this summer after picking up a season-ending knee injury, leaving doubts surrounding the 24-year-old’s long-term fitness.

The former PSV Eindhoven midfielder scored five goals in 25 Serie A appearances before damaging his knee ligaments last season following a €17m move to the Rome outfit last in July 2013.

But Strootman appears to be nearing a return to first-team action after posting an update on his Instagram on Friday afternoon.

“Good training with my physiotherapists and my trainer,” Strootman posted on Instagram.

The Dutch midfielder has scored 14 goals in 88 top-flight appearances for PSV before sealing his Serie A switch.

Video: Is this why Man United paid £14m for Daley Blind?