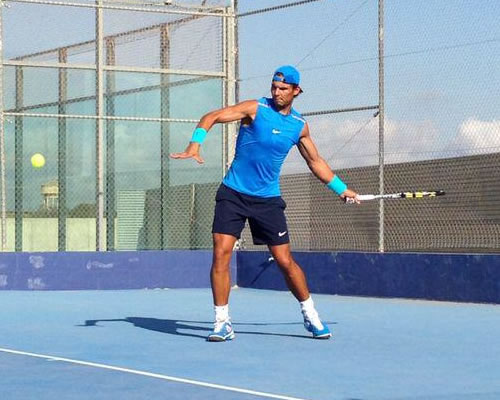 Rafael Nadal says that he is aiming to be back in action “soon” as he continues his recovery from injury.

The Spaniard was forced to withdraw from the US Open due to a wrist injury one week before the final Grand Slam of the year in New York.

The 14-times Major champion is now back in training and took to his Facebook page on Thursday to tell his fans that he is well on the road to recovery.

Nadal posted the practice picture above and wrote: “Thank you very much for all your messages of support, they help me to work every day to be back as soon as possible.

Nadal will be hoping to recover in time to play at the season-ending ATP World Tour Finals in London in November.

He took to his Facebook page earlier in the week to reveal the sleeveless top he was planning to wear at the US Open before his withdrawal.