SPFL wrap: Another emphatic victory for Hearts in front of a capacity crowd at Tynecastle, reports Jason O'Callaghan 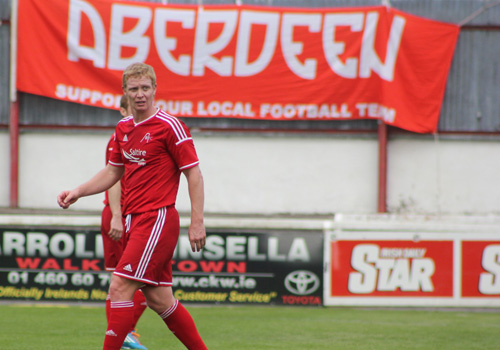 Just like all the other major European leagues domestic football takes a break next weekend for the SPFL as Scotland prepare to face World Cup champions Germany in Dortmund.

Gordon Strachan’s squad contains three players from Celtic as he takes his men to Germany for the opening game of their Euro 2016 Qualifiers.

So while call-ups for Craig Gordon, Charlie Mulgrew and the impressive Callum McGregor will allow the three Celts to rub shoulders with the recent World Cup winners, their club form in Scotland is at a real low ebb.

The Glasgow side dropped two more points in the league as they had to rely on substitute Leigh Griffiths to help rescue a point for them against Dundee.

Former Hibernian captain James McPake headed Dundee in front with a little less than a minute registered, as the powerful defender is going through something of a renaissance at Dens Park following his release from relegated Hibernian.

After Griffiths pulled one back for the Hoops in the second half, Celtic piled on the pressure as they went in search of the three points.

Republic of Ireland international Anthony Stokes went close late on, but his rocket of a shot crashed off the post. Dundee did have their chance to snatch victory but Luka Tankulic dragged his chance wide with his side’s final attack.

The point see’s Dundee remain seventh on the same amount of points as Celtic in sixth. The bad week for manager Ronny Deila continues after his side’s failure to make the group stages of the Champions League.

Dundee United had a good day out in Paisley as Jackie McNamara’s Tangerines put three past a helpless St Mirren.

Following on from his goal last weekend, Chris Erskine got his team off the mark in the second half. Three goals and the three points see’s United firmly in third place as St Mirren have yet to register a single point after their four games played.

Another team that have failed to get up and running in Scotland is Ross County. The Highlands side conceded four against Hamilton.

Quite remarkably for the Accies, newly-promoted Hamilton sit in second place with 12 points out of five games.

Following the sacking of Dereck Adams, Ross County have reported that Louis Van Gaal’s former assistant at Holland Patrick Kluivert has expressed an interest in the vacant position, with former England Captain Terry Butcher also being linked to the post.

St Johnstone secured back to back victories as the Perth club beat Motherwell 1-0 in Fir Park. Motherwell manager Stuart McCall, who is also part of the Scotland coaching staff that travels to Germany this week, knows he has a big task on his hands as he must stop the worrying slide for his Motherwell side that sees them lie in tenth position.

A bumper crowd of just under 12,000 at Pittodrie where witness to two spectacular goals from Nicky Low and Niall McGinn as Aberdeen edged out Patrick Thislte by 2-0.

The Dons got a much needed victory as the League Cup winners will look to start climbing up the table after what has being a slow start for a side that have being tipped to challenge Celtic’s dominance in the league.

That challenge is coming in the surprise package of Inverness Caledonian Thistle. John Hughes side have already dispatched of Celtic this season after they beat them last weekend and their fine run continued as the beat Kilmarnock in The Caledonian Stadium.

Goals from Greg Tansey and Aaron Doran see’s Caley Thistle out on top of SPL with 13 points after five games.

In the Championship, Glasgow Rangers beat Queen of the South 4-2, despite the ugly face of financial trouble and mismanagement re-appearing at the famous Ibrox club.

With fans protesting against the board in and outside the stadium, Ally McCoist’s men saw of a strong challenge from Queen of the South, with former Scottish international Kenny Miller opening up his account for the club as he scored his side’s fourth. The fan’s favourite is now in his third separate spell with the Gers.

Raith Rovers put last weekend’s heavy defeat behind them as they beat Cowdenbeath by three goals to one. Dumbarton scored in stoppage time to beat Livingston.

Hibernian Football Club suffered another serious setback to their promotion hopes as they lost out to Alloa by two goals to one. Former Everton player Alan Stubbs, now the manger with the Edinburgh club knows he has a major job on his hands to try and turn around the fortunes at the ailing club.

It is Edinburgh’s other club that the weekend belonged too, as the men in the maroon scored four goals again this past weekend.

Falkirk, who had only beaten Hibernian in the Scottish capital the weekend before where back in Edinburgh, but unfortunately for them they came up against free scoring Heart of Midlothian.

Robbie Neilson’s side put another one of their promotion rivals to the sword as they have the maximum amount of points after four games in Scotland’s second tier.

12 goals have being scored in those four games and Tyncastle was witness to another sell-out crowd with Hearts fans sharing The Roseburn stand with their Falkirk counterparts, in a stand that just normally house’s the away support.

Such is the demand to see the Jambos this season with over 11,000 season tickets already sold, expect to see the sold-out signs around the Gorgie this season at a club that boasts higher attendance on average than most SPL clubs in Scotland.