SPFL Wrap: After Scotland gave the world champions a scare during a recent qualifying game, attention turns back to the domestic game 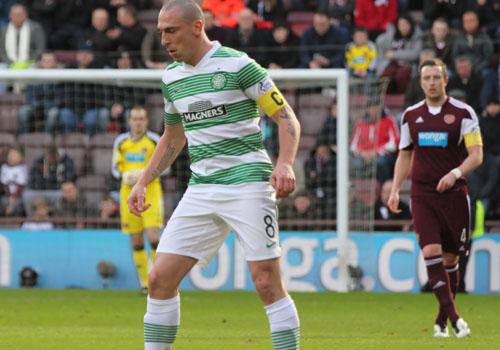 Surprise, surprise at the top

John Hughes and his Inverness Caledonian Thistle side have taken the top-flight by storm this season. Having already beaten Celtic, Caley Thistle’s impressive start has seen them top of the pile since the opening weekend in mid-August. They were however undone this past weekend as they came out on the wrong end of a 3-1 result against Patrick Thistle in Glasgow. For the moment, their lead at the top has been surrendered to newly-promoted Hamilton. The Accies are top courtesy of a better goal difference and earned a credible 2-2 draw away to Dundee United at the weekend, with the Tangerines sitting in third place. The big game of the weekend was the televised clash between Celtic and Aberdeen. Just short of 44,000 turned up for the afternoon clash which saw new loanee signing John Guidetti make his debut. The Manchester City striker helped Celtic to a 2-1 victory over a spirited Aberdeen.

The free-scoring men in maroon drew a blank at the weekend and failed to net for the first time this season. A point away to Dumbarton still keeps the Jambos top of the league, and Robbie Neilson hopes his side won’t be shy in front of goal again after the signing of Miguel Pallardo. The Spaniard has a wealth of experience having played Champions League football with Valencia. The players of Rangers have not let the off-field trouble at the club affect their play. The Glasgow club put four past Raith Rovers on Friday night with no reply. Some of the tension around Easter Road was lifted this past weekend, but it was still dramatic. Hibernian teenage striker Jason Cummings scored his side’s match-winner in the fourth minute of extra-time against Cowdenbeath. The confident youngster brought some much-needed relief to the Leith club as the hard fought-victory saw Alan Stubbs men move into sixth, two places outside of the play-off position.

There is no denying Scotland is a county of different opinions and beliefs. The ugly side of politics does often rear its unwelcome face into football, despite the best efforts of the clubs to distances themselves from it. The clubs in Scotland has taken no side in the Yes or No campaign for Scottish independence. Just as the wider population of Scotland is divided on this historical decision, so it appears are fans of the game in Scotland. Regardless of wheatear you spent your Saturday afternoons in Tynescastle, Easter Road or Pittodrie, fans have been spotted wearing Yes & No badges in equal measures by all accounts. Regardless of your stance, the truth of the matter is that before a ball will be kicked on Saturday afternoon, Scotland will have already made up her mind on the future. Over 4.000 Scots travelled to Germany to watch their side play the World Cup champions. The Tartan Army was well received in Dortmund, with manager Gordon Strachan signing their praise. This week, the eyes of the world is on Scotland again, but let’s just hope that when that first ball is kicked on Saturday the rivalry is just extended to the football game.