SPFL Wrap: Major results in Scotland on and off the pitch

SPFL wrap: Jason O'Callaghan reflects on some major results on and off the pitch in Scotland 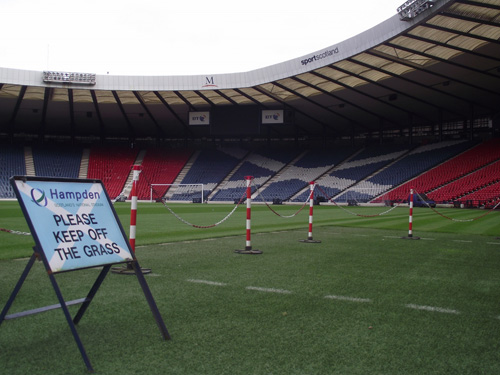 The New Firm finally fire from all cylinders

Motherwell have arguably been the team that have posed the biggest challenge to Celtic’s dominance in the past couple of seasons. However, much of the pre-season hype concentrated on the prospects of Aberdeen and Dundee United, and how the New Firm might push Celtic all the way to the finish line come the seasons end. It will be the tangerine supporters of Dundee United who should be happier with their team’s season so far. Seven games in, and they are top of the table after Jackie McNamara’s side brushed aside local rivals 4-1 on Sunday afternoon. The damage was truly well and done by the time Greg Stewart registered a consolation goal for Dundee. The Dundee Derby is something quite similar to that of Everton v Liverpool in England. Tannadice and Dens Park are located on the same street and quite literally five minutes apart, with the away side having the tradition of walking to their rival’s stadium from their own ground on match day and mingling with the supporters. Aberdeen put in a fine performance as the beat bottom of the table Ross County in Pittodrie. The Dons put three past County without any reply, with crowd favourite Peter Pawlett netting the third for his side. After their European adventure in Salzburg, Celtic suffered something of a hangover as they were held at home to Motherwell. Kris Commons scored from the spot to rescue a point as the game finished 1-1.

Five-star treatment down in Gorgie

Olympian and Commonwealth hero Eilidh Child was a guest of honour at Tynecastle as her beloved Jambos ran out victorious against Cowdenbeath on Saturday afternoon in a repeat of one of the clubs most famous score lines. “5-1, we only 5-1” rang around the capacity crowd as Heart of Midlothian stormed back to the summit in The Championship in emphatic style. Promotion hopeful Hearts were also boosted by the results of the rivals in the Championship. David Templeton rescued a point for Rangers in the final ten minutes of play, as the Gers put in a tame performance against the strong willed part-timers of Alloa Athletic. The Wasps have already received plenty of plaudits this campaign having already beaten Hibernian. Hibs and Falkirk, whom are both ambitious clubs with aspirations of challenging for promotion this season, have made faltering starts to the campaign. Alan Stubbs’s Hibernian are really struggling to adjust to life in the competitive Championship, following their shock relegation last May. Hibs lost again this weekend, while Falkirk could only muster a point at home to Dumbarton.

Scotland to be one of the host nations for Euro 2020

With the European Championship competition celebrating its 60th anniversary in 2020, Uefa have taken the extraordinary step of hosting the entire tournament in 13 different cities. With London and Wembley hosting the semi-finals and final, Dublin and Glasgow have also being chosen, with three group-stage games and a round of 16 game being staged in the Aviva Stadium and Hampden Park respectively. Glasgow was the host city for the Commonwealth Games this summer and the world’s media will be in the Scottish city again as the home of Scottish football will be part of this historical sporting event in 2020.