Ronaldo combined with James Rodriguez to score a brilliant opener in the 23rd minute before Karim Benzema struck twice more for the champions before half-time to leave the Reds winless in two European outings.

Here is a selection of the best Twitter reaction from the professionals, past and present, as Liverpool are taught a lesson in Europe’s premier club competition.

QPR midfielder Joseph Barton (@Joey7Barton) gets it unerringly right: “Liverpool’s vulnerability to crosses from wide areas and R Madrid aerial threat mainly from CR could be the key.”

Arsenal legend Ian Wright (@IanWright0) isn’t surprised to see Ronaldo open the scoring: “Only a matter of time. He is truly amazing.”

Liverpool legend Michael Owen (@themichaelowen) finally joins the CR9 fan club: “I’ve finally decided. Ronaldo is the best player in the world. He is a freak of nature.”

Injured Madrid forward Gareth Bale (@GarethBale11) urges his team-mates to keep up the pressure: “Gutted not to be there, it’s been a great first 45!! Got to keep it up for the second half #HalaMadrid” 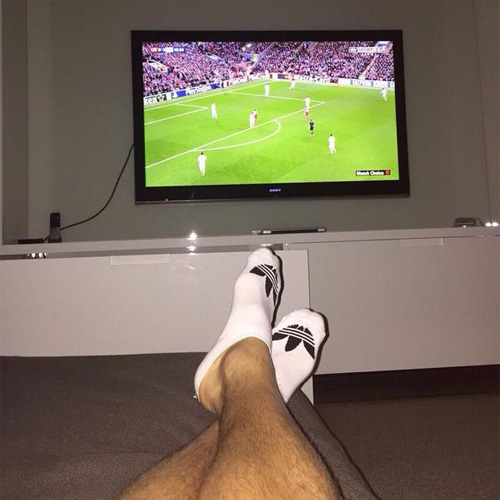 Lord Sugar (@Lord_Sugar) quickly replies: “@GarethBale11 never mind Real Madrid. You need to be watching the apprentice its on in 5 mins”

To which Bale responds: “@Lord_Sugar haha had it on record!!”