Liverpool players get some virtual practice in ahead of Hull clash 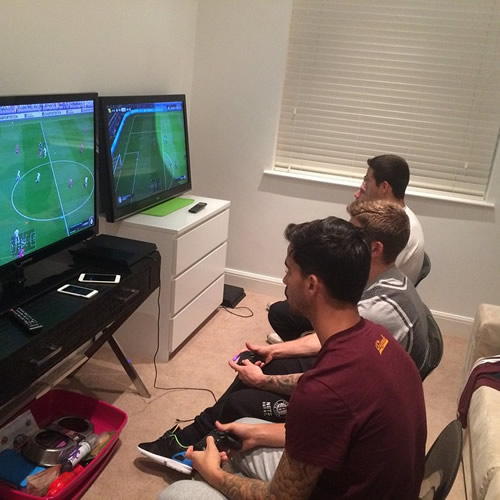 Jose Enrique was joined by Javier Manquillo, Alberto Moreno and Suso as the Liverpool stars enjoyed some games of FIFA ahead of this weekend’s clash against Hull City.

Brendan Rodgers’ men host the Tigers at Anfield looking to bounce back from Wednesday’s 3-0 Champions League defeat by Real Madrid at Anfield.

And Enrique was among the Liverpool players to play some virtual football in the build-up to Saturday’s Premier League clash on Merseyside.

The defender posted the picture above on Instagram and wrote: “#fifa day with my team mates @javiermanquillo @amplfc18 @30susofernandez and #albertobrother.”

Liverpool head into Saturday’s clash with Hull City looking to record their third consecutive win in the league.

Rodgers’ side are fifth in the table, having taken 13 points from their opening eight games.