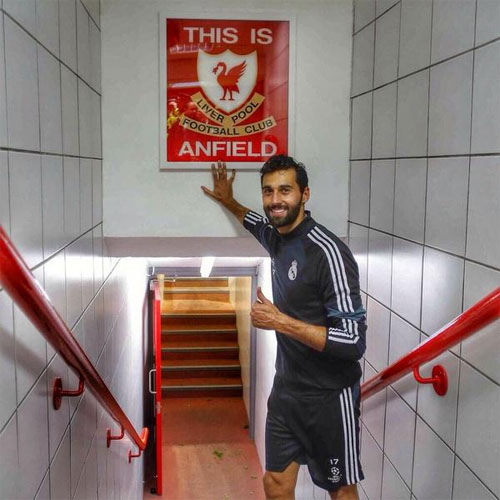 Alvaro Arbeloa has been reunited with Liverpool’s famous “This is Anfield” sign.

The Spain international is returning to Liverpool for the first time since completing a £5m move to Real Madrid in 2009.

Los Blancos are hoping to cement their position at the top of Group B, whilst Liverpool need to bounce back from a 1-0 loss to Basel.

And the 31-year-old appears to have lost none of his affection for the 18-time English champions, taking to Twitter ahead of the tie.

Earlier on Wednesday, Arbeloa posted a photo of the World Cup winner on the famous Anfield turf.