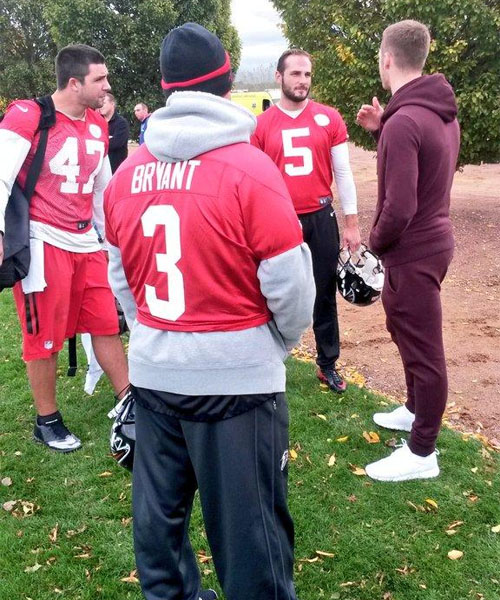 Calum Chambers had the chance to help the Atlanta Falcons scrub up on their geography as the Arsenal defender met some NFL stars on Thursday.

The NFL franchise are praticising at Arsenal’s London Colney training ground ahead of their game against Detroit Lions at Wembley on Sunday.

The Atlanta Falcons were embarrassed earlier this week after releasing an error-strewn infographic of their trip to London.

Their official Twitter account posted a photo which relocated London to southern Spain, as well as stating they will be taking three planes to the English capital instead of two.

However, the Falcons bounced back from the setback with a humourous tweet, promising to improve their London geography while in the English capital.

Day 3 in London comes to a close. Check out what the Falcons were up to today: https://t.co/JcSo7CA809 #UKFalcons #RiseUp

Photos: Balotelli straight back in Liverpool training after Madrid loss