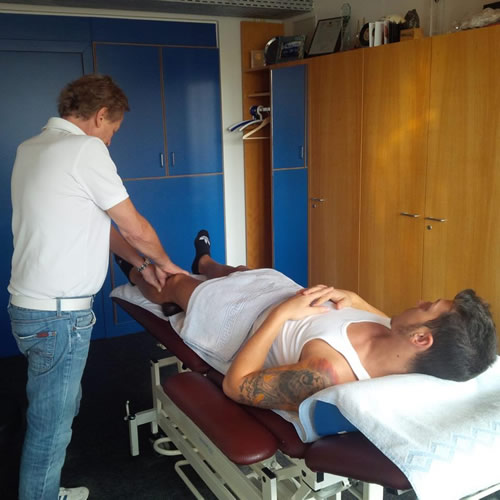 Mesut Ozil has taken to Facebook to deliver an insight into his recovery from his knee injury.

The World Cup winner has not featured since picking up a ligament problem during the 2-0 defeat by Chelsea at Stamford Bridge at the start of October.

The 26-year-old was ruled out for around three months after scans revealed that he had suffered the injury during the loss in west London.

Ozil posted the picture above of himself receiving treatment as he continues his rehabilitation.

And he wrote on Facebook: “best team! Thanks for your great support to enable my quick recovery.”

Ozil has scored one goal and made one assist for Arsenal so far this season.