The Arsenal defender is on the comeback trail 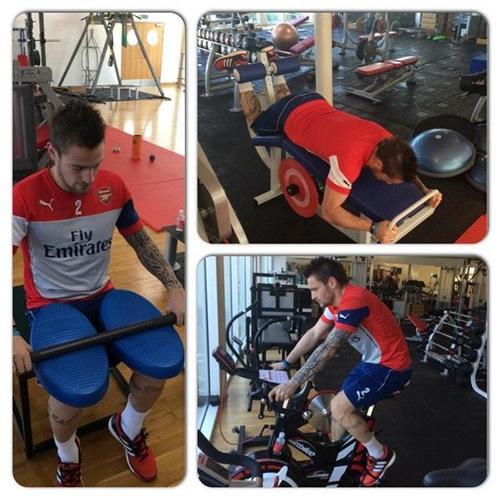 Mathieu Debuchy has taken to Twitter to deliver an insight into his rehabilitation as the Arsenal defender steps up his recovery from ankle surgery.

The French right-back has been out of action since September after suffering the problem during the 2-2 draw with Manchester City at Emirates Stadium.

Debuchy, who joined Arsenal from Newcastle over the summer, is expected to return to action in late December.

The 29-year-old posted some pictures of himself in the Arsenal gym on Tuesday morning, and wrote: “Good session yesterday!! Thanks for your messages.”

Debuchy has made four Premier League appearances for Arsene Wenger’s side following his summer switch to north London.

He helped Arsenal win the Community Shield back in August as they beat Manchester City 3-0.

Chelsea aren’t far away from where they want to be, says Blues legend