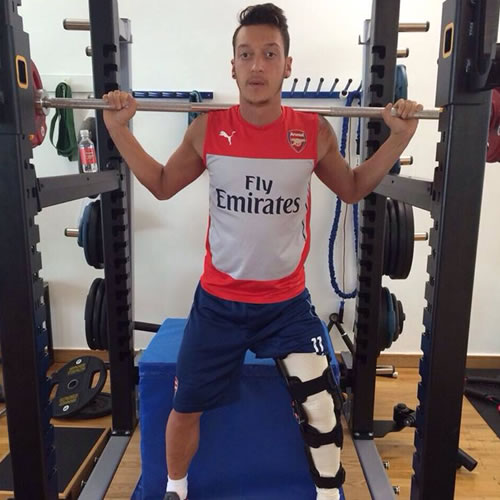 Mesut Ozil has taken to Facebook to deliver an insight into his recovery as the Arsenal playmaker looks to return to full fitness following his knee injury.

The World Cup winner has not featured for Arsenal since picking up a knee ligament problem in the 2-0 defeat by Chelsea at the start of the month.

However, the 26-year-old is already on the road to recovery as he worked with some weights in the gym on Thursday.

Ozil posted the picture above on Facebook and wrote: “I’m relieved about yesterday’s victory but nevertheless these weights feel heavy on my shoulders … :)”

The Germany international has scored one goal and made one assist in six Premier League games for Arsenal so far this season.

Arsenal travel to Sunderland for their next top-flight game in the Premier League this weekend.