Jack Wilshere is pleased with his pre-match trim... 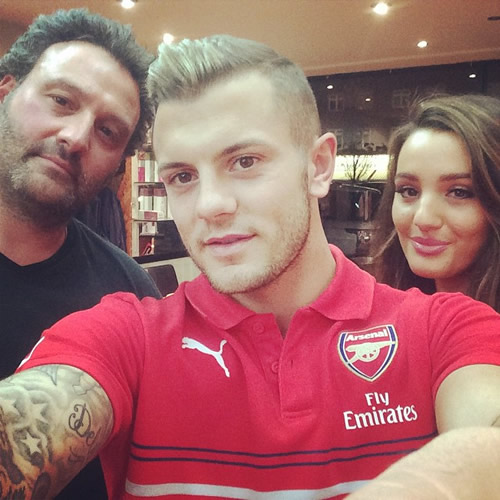 Jack Wilshere took to Instagram to reveal his new haircut ahead of Arsenal’s clash with Hull City on Saturday.

The Arsenal midfielder posted the picture above on the photo-sharing website and wrote: “Thanks for the trim @mmichael66 and @andriani_m The Wilsh is ready for tomorrow! #AFC.”

Arsenal are looking to return to winning ways at Emirates Stadium after losing 2-0 to Chelsea in their last Premier League outing.

The Gunners will be without the suspended Calum Chambers and injured Laurent Koscielny for the visit of the Tigers.

Theo Walcott is due to return to competitive action in the coming days after recovering from the knee ligament injury which has kept him out since January but is unlikely to feature this weekend.

Wilshere, 22, has scored one goal and made one assist in six Premier League games for Arsenal so far this season.