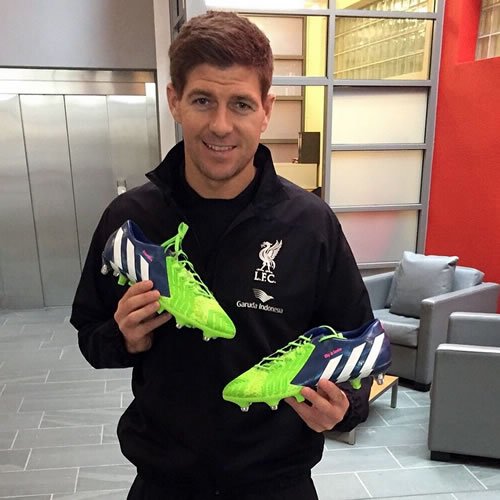 Steven Gerrard took to Instagram on Friday to show off his latest adidas Predator football boots ahead of Liverpool’s trip to Newcastle United.

The Red skipper was all smiles at Melwood as Brendan Rodgers’ men gear up for their clash against the Magpies at St James’ Park on Saturday.

Gerrard posted the picture above and wrote: “New boots, ready for the weekend. The @adidasfootball #PredatorInstinct Supernatural.”

The 34-year-old was in the headlines on Friday morning after he revealed that he could leave Liverpool at the end of this season.

He told the Daily Mail: “As it stands at the moment, I’m here until the end of the season and want to make the most of it. I certainly won’t be retiring this summer. I will play beyond this season.

“We will have to wait and see if that’s at Liverpool or somewhere else. That’s Liverpool’s decision. If they don’t come then I will see what’s out there.”